Don't get me wrong, I'm happy that we have evolved to including Medical Marijuana as a source for dealing with psychological issues such as depression and anxiety. However, the same way I get on my soap box to emphasize the importance of psychotherapy along with psychotropic medication management for all the other "prescribed drugs" out there, I am going to do the same with Medical Marijuana. Just because Medical Marijuana gives you that "feel-good" feeling does not exempt it from the same caution, care, and consciousness as ingesting any other substance that alters your state of mind.

WHAT IS MEDICAL MARIJUANA?

“Medical marijuana is marijuana used to treat disease or relieve symptoms (Mayo Clinic, 2016).” To be clear, the U.S. Food and Drug Administration does not approve medical marijuana as it is still considered a Schedule I drug; deeming it illegal on a federal level in all states. Yet, marijuana’s chemical properties (cannabinoids) are being used to derive prescribed treatment methods to dealing with both psychological and physical ailments on state and local levels. There are two cannabinoids being studied by the medical community which are THC and CBD. THC has found to increase appetite and decrease nausea. CBD, does not have the psychoactive effect (feeling high) of THC and may be helpful in “reducing pain and inflammation controlling epileptic seizures, and… treating mental illness and addictions (Marijuana as Medicine, 2017).” However, due to its classification of a Schedule I drug, the research on its benefits are limited in comparison to the adverse effects.

WHAT DOES IT TREAT?

EFFECT ON THE BRAIN

Within our brain we have what are called cannabinoid receptors. Cannabinoid receptors are part of the Endocannibanoid System (EC), which is a communication system that regulates different functions such as an individual’s emotions, motor activity, and reactions. Our body already produces natural forms of cannabinoids that have a specific role in our system. When THC is consumed, it can interfere with the functions of cannabinoids (i.e., how information is sent, received, and processed in the brain). When marijuana is introduced into the lungs via a concentrated dose, THC is quickly released into the brain, increasing the onset of effects of slower motor activity, muted emotions, delayed reactions, etcetera. When ingesting marijuana in different ways (oils, smoking, eating, etc.) the onset of effects vary. Effects of medical marijuana also vary on the individual due to their chemical make-up. Some mental illness symptoms such as, temporary hallucinations, temporary paranoia, increased severity of symptoms for those diagnosed with schizophrenia have been found in those who use marijuana over long periods of time.

Psychotropic drugs are medications that affect your central nervous system,

changing how your brain processes information, such as altering your mood,

Results from multiple studies have indicated individuals receiving a combination of psychotherapy along with psychotropic medication are beneficial in their overall treatment outcomes. These results have shown valid over decades through meta-analysis of studies evaluated by Campbell (1998), Richards et.al (2013), Wiles et al. (2014), and Greenberg (2016). There was a 54% experience of gains in treatment outcomes by participants versus their counterparts who did not receive a combination of treatment.

Although, medical marijuana has not been deemed legal by the federal community, thereby limiting funding and research opportunities, its importance in the field of psychology is an exponential unknown. There is an increasing normalization of medical marijuana, as evidenced by the legalization in multiple states. With this normalization requires the education of its use in healthy doses and situations, how to benefit most from it as a medicine for psychological concerns. That includes the need to engage in psychotherapy or some other form of mental health counseling that will address the root issues of your symptoms. 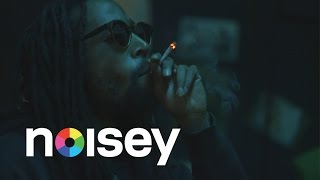 Help me! Someone I know has a mental illness

A Beginner's Guide to Chakras 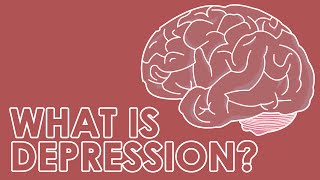 Who's a Good Momma Bear?

Why is this taking so long??